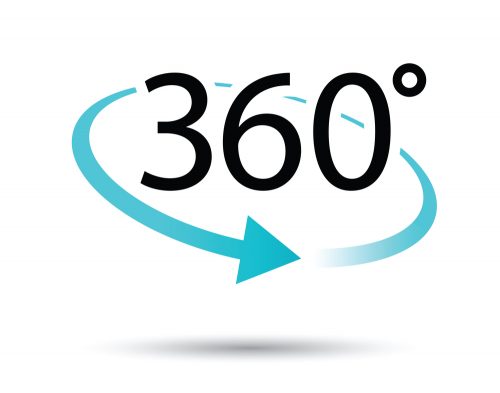 “I had no idea I was being perceived that way.” This was my client, a CEO of a $10M nonprofit foundation, after reviewing feedback from his 8 company directors. His feedback divulged a common theme of shutting down discussions and minimizing the opinions and expertise of his directors. In fact, they unanimously agreed that he didn’t listen and constantly interrupted.

My client is a fast mover, makes decisions quickly, and doesn’t need a lot of data or information in order to move forward. As a result, he makes a few mistakes, but he also closes some incredible deals. He perceived his team meetings as a place where decisions are made.  When he’d heard enough, he thought it more efficient to make the decision and move on to the next issue. He had no idea that his team felt shut down. He was especially surprised to learn that they frequently hold back their opinions, because they don’t think he’d listen anyway.

How does a leader obtain such important, valuable feedback from their team? We conduct an anonymous 360 assessment.

A 360 assessment is an online survey of questions about your performance as a leader. The survey is sent to 10-15 people you’ve selected from your direct reports, colleagues and leaders above you. Additionally, the survey offers your participants confidentiality. Moreover, the results shared solely with you, unless you choose otherwise.

Obviously, there are many benefits realized through the process of coaching and evaluating a 360 assessment.

Each survey participant experiences you as a leader in a different way. It’s exceedingly helpful for you to know how your leadership is perceived by your direct reports, your colleagues and the leaders above you. Once you know the perceptions, you can identify any that may require behavioral change on your part. Ultimately, if you don’t know perceptions, you don’t know what to change.

You’re able to evaluate your 360 results and determine where to focus your efforts in your leadership development. Even more importantly, you’ll determine what’s most impactful because you received honest, unfiltered feedback.

Face it, you’re extremely busy and you probably take very little time to self-reflect. Yet, self-reflection and being aware of how you are affecting others can be just as important as strategic planning. General Norman Schwarzkopf said “Leadership is a potent combination of strategy and character. But if you must be without one, be without strategy.” Therefore, you want to ensure your character is where you want it to be.

You should share your goals with your team and encourage ongoing feedback after conducting your 360 assessment. They will see your commitment to improve, and they’ll look for changes. More importantly, ask them to let you know when they see the desired changes, and when you fall back. You’re only human and it’s not possible to just flip a switch without ever falling back into bad habits. Naturally, you should ask for help in being reminded whenever they notice you exhibiting those old behaviors that you want to change.

Leadership trickles down. As a result, your people look to you to set the guidelines in your organization of what’s expected and what’s acceptable. If you set the tone that receiving feedback is welcome and expected, then that’s the culture that will follow.

You’ll reinforce a culture of inclusivity by including your direct reports and colleagues in the 360 assessment process. As a result, you’ll exemplify an ability to listen, and allow others to be heard.

Who should you include in your 360 Assessment?

What to Do with Your 360 Assessment Results

Set a Leadership Example with a 360 Assessment

Set a Culture of Accountability with a 360 Assessment