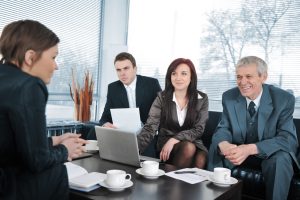 We all know the word ‘feedback’ has negative connotations. Admit it. If someone approaches you with “I’d like to give you some feedback,” you know what’s coming. You immediately start indexing your memory of what you could possibly have done wrong to incite the conversation you are about to have. Secretly, you wish that feedback was turned in the opposite direction and forced upwards into management from the staff. God knows you can see all the things they are doing wrong! But not so fast…..

Feedback, or Feed Forward as Marshall Goldsmith refers to it, is a real gift. That’s right. I said it is a gift! 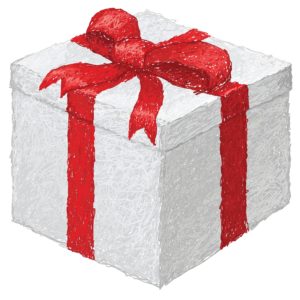 What’s the definition of insanity? Doing the same thing the same way and expecting a different result, right? If you want your team, business and results to grow, then the first thing you need to focus on is you, as the leader. There is no better gift than to receive information which enables you to focus on the most impactful changes you can make as a leader. Anyone can have the hierarchical title of leader, but real leaders are identified by their following.

You aren’t really leading if no one is following you, right?

Here are four superb reasons why leaders need to receive and be grateful for this gift!

Every leader has them. These are the things that are important to their followers, but that the leader truly hasn’t recognized. A new CEO I was coaching received feedback from his directors that he wasn’t fully present during their meetings with him. He was constantly fidgeting with his cellphone during those meetings. The CEO wasn’t even aware of his behavior.  Moreover he didn’t realize he was sending a message to them that they were less important than what he was dealing with on his phone. That was a blind spot. Due to that gift of feedback, he has completely changed his behavior and communication with his directors has drastically improved.

I am stating this as an attribute, not a risk. The best leaders and communicators show vulnerability because they learn from it. If we are asking all of our people in our organization to give and take feedback, why doesn’t it make sense to start at the top and ask for feedback for the leadership? When a leader can be seen as vulnerable and willing to improve based on the input of the organizations greatest asset; stronger and more engaged followers are developed in addition to a more powerful leader.

Your team will be grateful that they were asked, and that their opinions are being considered. This will increase their engagement and loyalty. (Keep in mind, you’ll need to take action in response to that feedback for this to be completely effective.)

One of the most popular tools for leaders in this regard is a 360 Feedback tool, where the leader receives feedback from superiors, their colleagues, and their direct reports in order to understand perceptions of their performance from many angles.

If you’d like more information about how to conduct a 360 Feedback evaluation, contact us at Core Impact Coaching.