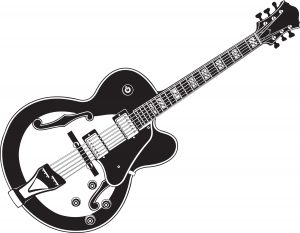 When Tom Petty died earlier this month, I pulled out Full Moon Fever and played it on repeat all day in tribute. These lyrics from Depending on You struck me: “Baby if you can’t change the world; Maybe you should just change yourself.” I had to smile because it took me a long time to learn that lesson in business. Be the change you want to see in the world, right?

I didn’t realize how deeply he thought about the meaning of his songs, so I started reading more about him. Turns out Petty embodies many of the qualities of an influential person. He had the Courage to leave an abusive home at age 17, to stand up to music industry titans, and seek treatment for a heroin addiction later in his life. He had the Confidence to make it in a competitive, ruthless business. With great Passion (next article), he made music and was absolutely Committed to his craft. By any measure, he was very successful over the course of 40 years of making music with numerous hit singles, 80 million records sold worldwide, and induction into the Rock and Roll Hall of Fame in 2002. Unfortunately, though, that commitment came at a cost. His marriage, health and relationships with others suffered.

Commitment is an important trait because it is the underlying force behind achievement. Those who score high in the commitment trait (Keller et al, 2014):

Cleary, though, there are some watch outs with commitment:

Take some time to reflect on your commitments. Identify one commitment you either need to strengthen or let go. Then take the first step to make it happen.

Jeannie Phillips, PhD, ACC, is a Senior Affiliate Coach for Core Impact Coaching specializing in leadership development with over twenty years of corporate experience leading projects, people and the development and execution of strategy. She is also owner of J. R. Phillips Leadership Coaching focused on transforming technical experts into influential leaders.

Jeannie is a coach for Women for Change Coaching Community (W4C3), a nonprofit organization with a mission to make coaching accessible to all women.