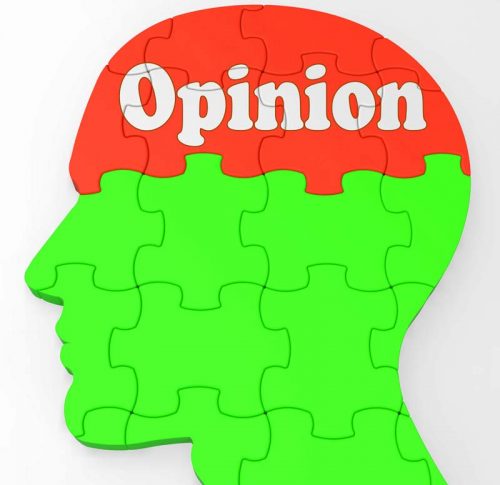 When I read the latest edition of the Harvard Business Review, I was intrigued by the headline on the cover:  “Why Feedback Fails“. From my point of view as an Executive Coach, I have always thought, and still do, that feedback is a gift. How can anyone get better if they aren’t aware of how they are being perceived by others?

One of the main arguments in the piece refers to the ‘idiosyncratic rater effect’. This basically states that humans are unreliable raters of other humans. Although I can understand this if you are rating people on their ‘performance’, I tend to look at feedback from a different perspective. Obtaining feedback from people who experience your behaviors regularly gives you a peek at how people are experiencing you.  This is valuable information which is reliable from human sources in my opinion.

For example, say we asked for ratings on whether a leader gives clear direction and holds people accountable. We understand that the ratings could vary widely depending on who the responder is and how they experience this leader.  Even if the ratings are scattered, that tells us the leader doesn’t appear to be consistent in this area. It indicates people are experiencing him/her differently. The question then becomes: does the leader want to do anything about that? You could apply this to anyone in the organization.

Although the article focused on managers and direct reports, I interpreted the title as feedback being irrelevant for everyone. I wondered,….without feedback, what do you have? I would argue that feedback doesn’t fail, it’s the delivery that is failing. The article somewhat agrees in their proposed solution to this problem. They suggest that managers constantly give affirming, reinforcing feedback for everything done well.

Although I don’t disagree that this delivery is better than constant criticism, I also think it’s more complicated. There are other factors to consider in providing feedback for performance.

I know this adds several more layers of analysis, but I think giving and receiving feedback is a very individual experience. There is no cookie cutter method that works for all. Some embrace feedback and continuously strive to improve. Others are complacent and not motivated to change. Still others are sensitive and over react to any criticism. In my world, it’s about people being in the right role and thriving by making their maximum contribution to the world. If you don’t have that first, you are fighting a losing battle.

One way to ensure this happens is to understand each individual, and each role from a Core Values perspective. For example, if you have a role which requires 6 hours of data input, mostly independent work, and following processes verbatim without thinking, you wouldn’t want to hire someone who values daily personal contact and creativity.  Notice we haven’t even talked about their skill set, education, or qualifications, yet? They could be highly qualified, and be able to fill the role for a short period of time.  However, they eventually would look for ways to interact outside of their workspace and start to suggest shortcuts to the process. That’s just their nature. This is where our future workspaces should be focused:  making sure you have the right people in the right seats, based on core values and qualifications, not qualifications alone.

If you’re curious about how to do this, read my other posts on the Core Value Index, or contact me. I hope to help businesses build a culture of accountability with everyone in the right seat and contributing at their highest level.