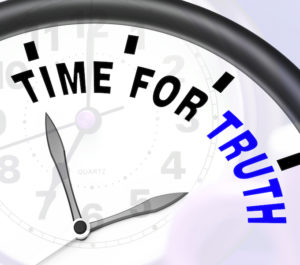 During the last session I had with my coach, she asked me what my clients all had in common. And what quickly came up for me was a little frightening to say out loud.

“They are afraid to communicate 100% honestly and transparently.” It rolled off of my tongue quickly and I knew it was true. I was thinking of every coaching session I’d had in the past week, month, and even throughout the year.  I remembered the many times I was helping my client to be comfortable, and even thrive, from being authentic and honest in their communications. It’s not that I think all people are liars; don’t get me wrong. But most of us have a really hard time being completely honest.

When to ask questions

In one example, my client was hearing instructions from the leader for collecting information and uploading it during a meeting. My client was relatively new to the organization and was a little reticent to ask questions. She didn’t want to slow down the progress of the meeting. In addition, she assumed  the other team members knew and understood the specifics of what was asked. In fact, the leader asked if anyone had questions or needed additional clarity. There were absolutely no questions.

After the meeting, much to my client’s surprise, the other team members started asking questions. They were sending messages to each other about where this information wass supposed to be uploaded. In fact, none of them were sure and could only guess! Why wasn’t the question asked during the meeting? Their silence indicated that they all understood and knew what to do, yet that wasn’t the case at all.

How many times have you found yourself in this situation? You are afraid to ask the question because you think it will appear stupid, or you assume that everyone else knows the answer?

Here’s my analogy: Would you rather admit up front that you don’t know, and risk a little push back from your leader? Or would you rather pretend you know and take the risk of completing the task incorrectly? Now, there WILL be push back.

Those few seconds of not being honest can cost you an enormous amount of time on the other end. Not to mention that your other team members will be so grateful that you’ve asked the question and now you’ve saved them enormous time and energy as well. Uncertainty and lack of clarity cost us huge amounts of time and energy. If we just set a standard of always being honest and authentic, life will get easier.

Most importantly, if you can’t be honest and authentic—then you are in the wrong place.