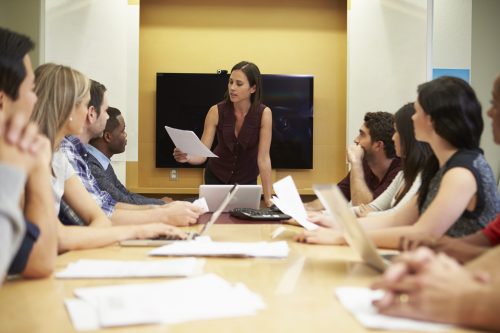 What does this have to do with leaders marketing their message, you ask? It’s all related to something called effective frequency. In marketing they have sometimes called it the rule of 7, where customers need to be exposed to a product or service at least 7 times before they buy it. I have even seen it suggested that the number is closer to 15 due to all of the noise we see and hear within our environment, global reach and internet interactions.

Surprisingly, I found a reference from 1885, which suggested that the number is 20.

“The first time people look at any given ad, they don’t even see it.
The second time, they don’t notice it.The third time, they are aware that it is there.The fourth time, they have a fleeting sense that they’ve seen it somewhere before.

The fifth time, they actually read the ad.

The sixth time they thumb their nose at it.

The seventh time, they start to get a little irritated with it.

The eighth time, they start to think, “Here’s that confounded ad again.”

The ninth time, they start to wonder if they’re missing out on something.

The tenth time, they ask their friends and neighbors if they’ve tried it.

The eleventh time, they wonder how the company is paying for all these ads.

The twelfth time, they start to think that it must be a good product.

The thirteenth time, they start to feel the product has value.

The fourteenth time, they start to remember wanting a product exactly like this for a long time.

The fifteenth time, they start to yearn for it because they can’t afford to buy it.

The sixteenth time, they accept the fact that they will buy it sometime in the future.

The seventeenth time, they make a note to buy the product.

The eighteenth time, they curse their poverty for not allowing them to buy this terrific product.

The nineteenth time, they count their money very carefully.

The twentieth time prospects see the ad, they buy what is offering.”

If we were to take this 1885 knowledge and apply it to today’s leadership communications, it may read a little different.

Do you agree? Where are you in the process?

How can we use this wisdom from the 19th century to enhance our leadership communications? It’s what I call the ‘Broken Record’ approach. You must repeat your message over and over again, in many different venues and in multiple ways (i.e. touch points) so that your team eventually embraces it. This is true whether you are leading your family, your Project Team or your entire organization. Due to our own self-inflicted ADD, we need to hear or see a message over and over again before it becomes the new status quo.

So do yourself a favor, and when you have a change to communicate, put together a communication plan that allows for 12-15 touch points. Some won’t need that many, but others will, and the extra touch points will just further reinforce the message.