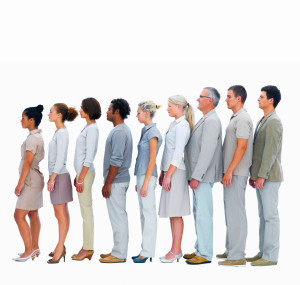 “Anyone can have a title which implies leadership, but unless you care about relationships and have people following you, the title or hierarchy won’t make any difference.”

I found myself saying this recently to a client during lunch. They had come to the conclusion that they needed ‘authority’ in order to help others in the organization. They insisted that unless they had the authority to tell them what to do, and hold them accountable, there was no leadership.

To quote Jeannie Phillips, my associate coach, “You can move people around in the seats all you want or give them a new title, but if you don’t have change in behaviors it won’t matter a bit.”

What I quickly uncovered with this client, is that they didn’t care much about relationships. Instead, they cared about hierarchy, control and accountability. Now I’m a big believer in accountability too, don’t get me wrong, but not so much in hierarchy and control. According the book Drive by Daniel Pink, people are much more motivated by autonomy, mastery, and purpose. If you as a leader can’t inspire them in those three areas, chances are they’re not that thrilled about following you. I think you know what happens next.

So, to be blunt (and I was), good leadership requires that you care abut the relationship. If you don’t care, you will not be truly successful. You may make some short-term gains, and even make a dent in putting some discipline into the organization, but at what cost? You will lose people over the long term and increase your training costs. Moreover, you will lose productivity of the people who are left, but mumbling under their breath about your leadership style. Finally, you’ll spend more time yourself trying to repair things after the fact.

Do yourself a favor. Try really hard to care about the relationship up front and save yourself some time. Here’s one quick tip to do just that: 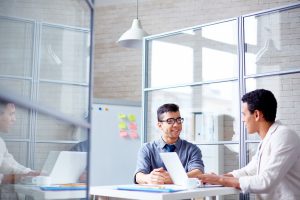 Before a conversation that may include conflicting opinions, ask yourself what you want for yourself and what you want for the other person at the conclusion of your talk. I’d like to think that you don’t want that other person to feel deflated, frustrated, angry and resentful, right? So what do you need to do in order to make sure that doesn’t happen? Be open about your intentions, both what they are not, and what they are.

“Ben, before we get started, I want to assure you that my intention with this conversation is not to get my own way, not to throw you under the bus and not to criticize your department. My intention is to find a solution to the issue at hand that we can both agree to and find a way to move forward in the most effective manner possible.”

Alternatively, what kind of response and reaction might you get from the following?:

“Ben, you’ve done nothing but throw my team under the bus and I can tell you have it out for me and my team. You need to figure out your work process and stop complaining.”

Which approach would move you into positive action more quickly?