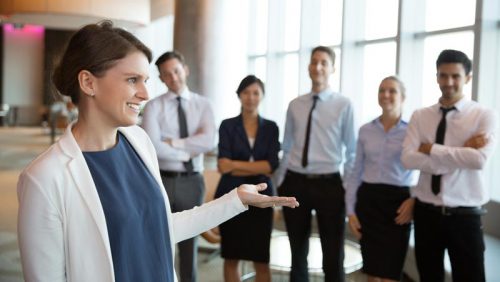 Companies are constantly in pursuit of strong leadership.. According to “Leading by Example, How to Lead a Team Honestly and Authentically”, walking the talk is one of the strongest positive leadership examples.

“As a leader, part of your job is to inspire the people around you to push themselves – and, in turn, the company – to greatness. To do this, you must show them the way by doing it yourself.”

Whether you like it or not, you are constantly observed as a leader. Your leadership is scrutinized, judged, admired, resented, and appreciated. Your followers look to you to set the tone and the culture of the organization. For example, if you send e-mails at any time of day or night, then your people may interpret that to mean they need to be available 24/7. Therefore, be intentional about the examples you’re setting.

There’s no better way to be more intentional, than to conduct a 360 assessment to evaluate your leadership. You can include your team in the process, and share the behavior-based goals you create based on your 360 feedback.

“A 360 assessment is an online survey of questions about your performance as a leader, which is sent to 10-15 people you’ve selected. A meaningful group would include your direct reports, your colleagues and leaders above you. The survey offers your participants confidentiality and the results are compiled and typically only shared with you, unless you choose otherwise.”

As a result, by utilizing a 360 assessment, you send the message that professional development is highly important.  You show that self-reflection and awareness is a valued attribute, and that listening to team input is paramount to the success of the organization.

Leadership trickles from the top down, whether it’s good leadership or bad. Harvard Business Review’s ‘The Trickle-Down Effect of Good (and Bad) Leadership’, lists the most contagious behaviors having the highest correlation between managers and their direct reports. Surprisingly, ‘developing self and others’ lead the pack. If you set the example for development, they will surely follow. Thus you’ll be raising the performance of your entire team over time.

The next blog in our 360 Series will address creating a culture of accountability with your 360 assessment. This is where your integrity can have an impactful result.

Who should you include in your 360 Assessment?

What to Do with Your 360 Assessment Results